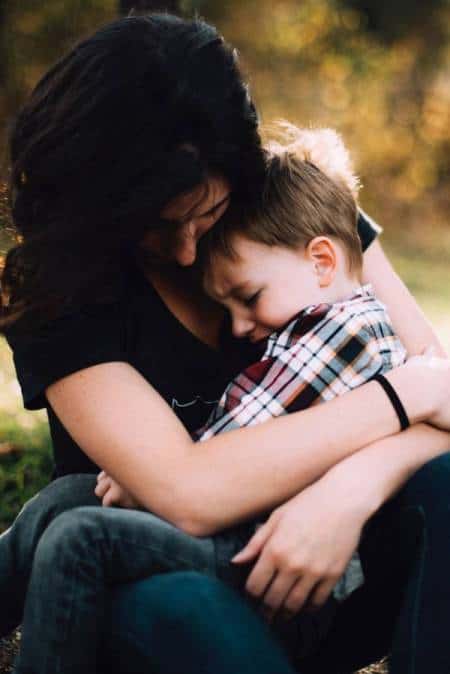 When a person is injured in an accident in California, the law allows the victim to file a personal injury claim against the negligent person or company who caused the accident. Tragically, however, some preventable accidents result in the victim’s death. In these situations, the decedent’s surviving family members may file a wrongful death lawsuit against the negligent party who caused the death of their loved one.
Coping with the loss of a loved one is not just emotionally difficult. Surviving family members must also cope with unexpected medical and funeral costs, in addition to the loss of income, support, guidance, and companionship. Wrongful death lawsuits give families the chance to overcome some of these hardships. By holding the at-fault party accountable for the pain they have caused, a hurting family can achieve closure for their great and sudden loss.
Hiring a trusted wrongful death attorney is an important first step in helping families heal from the emotional and financial trauma of losing a loved one. Speak to a PARRIS wrongful death attorney about your case today.

What is Wrongful Death? 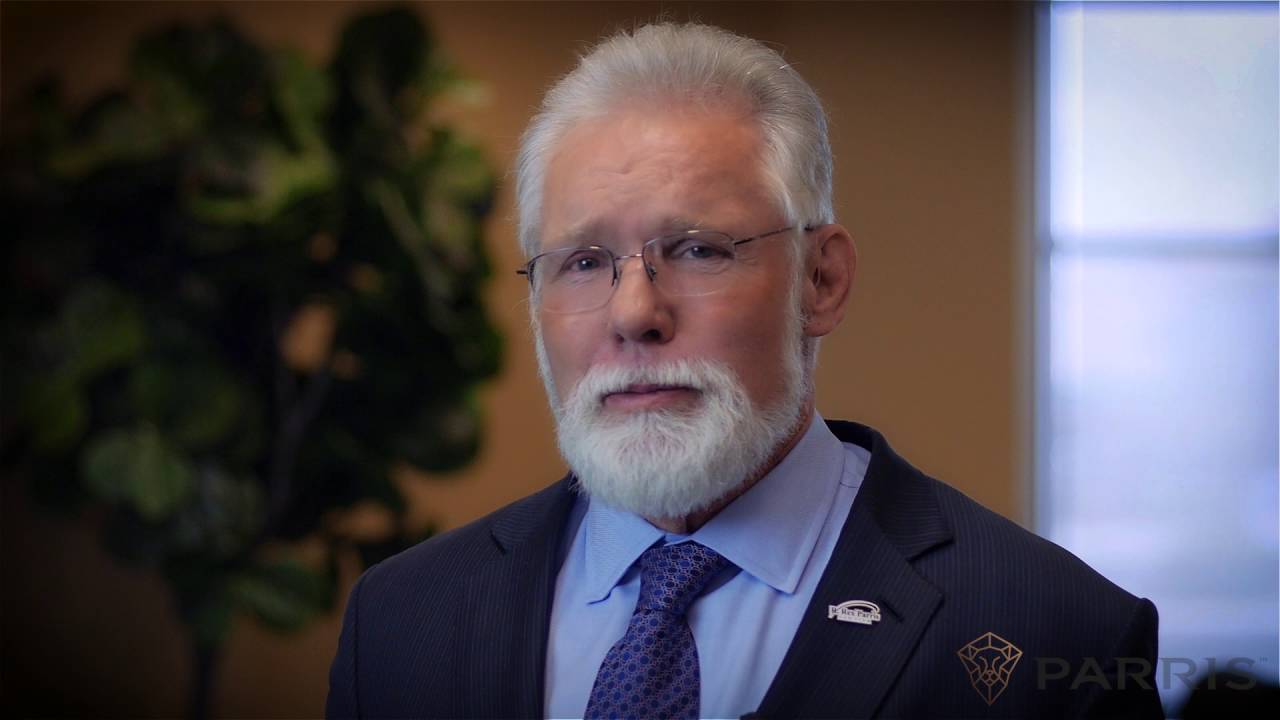 A wrongful death occurs when a person is killed due to the negligent, reckless, or intentional act of another. Legally speaking, wrongful death is the basis for a civil lawsuit on behalf of the surviving family members of the deceased.

Criminal charges do not have to be filed in order for a family to file a wrongful death suit. Negligent, reckless, or intentional acts that result in a person’s death could all give rise to a wrongful death claim.

For example, if a victim is wrongfully killed in a car accident, the victim’s family could file a wrongful death claim against the negligent driver. The at-fault driver need not have committed a crime to be held responsible for the decedent’s death.

How is a wrongful death lawsuit different from a criminal case?

In addition, the burden of proof in a civil lawsuit is lower than in a criminal case. While criminal cases must prove “beyond a reasonable doubt” that the defendant committed the crime, a judge or jury decides the outcome of a wrongful death lawsuit based on a “preponderance of the evidence,” which means simply more likely than not.  For this reason, survivors may be able to obtain compensation through a wrongful death lawsuit even if the person responsible for their loved one’s death was not convicted in criminal court.

Who can file a wrongful death lawsuit in California?

Wrongful death cases can be filed by the decedent’s immediate family members. This may include:

What can my family recover in a wrongful death lawsuit?

Economic damages may include:

Non-economic damages may include:

The period that courts consider when deciding financial awards are the shorter of these two:

How can I recover punitive damages in a wrongful death lawsuit?

Punitive damages differ from traditional damages in a civil lawsuit in that they are meant to punish particularly egregious behavior in the defendant rather than compensate the plaintiffs.

Surviving family members of the deceased cannot usually recover punitive damages in California wrongful death lawsuits, except in cases when the deceased was killed by a felony homicide for which the defendant has been convicted.

The primary way to recover punitive damages as an heir in California is through a “survival” cause of action.

How is a survival action different from a wrongful death case?

Survival causes of action are brought on behalf of the victim’s estate to compensate for losses the victim suffered while they lived and before their passing.

In order for a family member to bring a survival action, the decedent must have incurred some financial loss, such as medical bills or lost wages, between their injury and their wrongful death. When wrongful deaths occur instantly, such as in a fatal car accident, these damages can be difficult to determine. Modern case law has allowed survival actions to continue even in cases with minor financial losses, such as a broken cell phone or damaged clothing.

Though survival actions do not compensate family members for their suffering after the victim’s death, a survival action may allow the estate to seek punitive damages against the responsible party. California law allows victims to recover punitive damages when the at-fault party willfully and consciously disregarded the rights or safety of others.

A survival cause of action will be brought separately from a wrongful death case, if appropriate.

How long do I have to file a wrongful death claim in California?

In California, the statute of limitations for filing a wrongful death lawsuit is two years from the date of the person’s death. If the case is not filed within two years, the family will likely lose their right to file. Contacting a wrongful death attorney as soon as possible is the best way to make the greatest possible recovery.

Several types of negligent, reckless, or intentional acts can lead to a wrongful death claim. These may include, but are not limited to:

In the eyes of the law, a person is negligent when they fail to act the way a reasonably careful person would act in the same situation. Negligence provides the legal basis for a plaintiff’s recovery in most personal injury claims.

In order to recover damages for negligence, a plaintiff must generally show four things:

A negligent person or corporation may be found liable for a victim’s death even when they weren’t directly responsible for their wrongful death. For instance, if a person is killed in an apartment complex shooting, the landlord may be held liable for the victim’s death for neglecting to have enough security at the complex.

Gross negligence is reserved for negligence that is considered especially severe. Some sources define it as “an extreme departure from the ordinary standard of conduct by a reasonable person.”

Additionally, when a company causes a person’s wrongful death, gross negligence may allow the decedent’s family to hold them accountable in a wrongful death lawsuit even if the decedent signed a release of liability waiver.

Recklessness implies a higher degree of culpability than negligence or gross negligence. A person acts recklessly when:

Reckless actions differ from negligent actions in that a negligent person does not know they are taking a risk, while a reckless person does. For example, driving under the influence is often considered reckless, because a person knows that drinking and driving risks harm to others and does so anyway.

Intentional acts carry the highest degree of liability in wrongful death lawsuits for the person or corporation responsible.

When your loved one has been wrongfully killed in an accident, you deserve to work with a wrongful death attorney you can trust to get the results you need. PARRIS Law Firm is here to fight for your family’s rights.

Founded in 1985 by renowned trial attorney R. Rex Parris, the PARRIS Law Firm specializes in all types of personal injury law, including wrongful death cases. From its inception, our firm’s mission has been to fight for victims of accidents against insurance companies, corporations, or government agencies.

Since the firm’s founding, our attorneys have secured more than $1.9 billion in verdicts and settlements for our clients. The wrongful death lawyers at PARRIS are recognized every year as among the top trial lawyers in their field by organizations such as Best Lawyers®, Super Lawyers, the Multi-Million Dollar Advocates Forum, and more.

Results You Can Depend On

In the wake of horrific tragedies, PARRIS has fearlessly advocated for the families of accident victims. Some of our legal victories for our wrongful death clients include:

No Fees Unless We Win

All of our cases at PARRIS Law Firm are handled on contingency, meaning that you pay nothing unless we win. In other words, you pay nothing until a verdict or settlement is decided, at which time we receive a percentage of the final amount. Read more about our contingency fee model in our blog post.

If you have lost a loved one in a wrongful death, PARRIS wrongful death attorneys are here to help you heal and get justice. Call PARRIS Law Firm today to speak with our team about your case for free.