Any dog—even a family pet—can bite. If you or a loved one was bitten by someone else’s dog and the damages required medical attention, call PARRIS Law Firm to explore your recovery options. 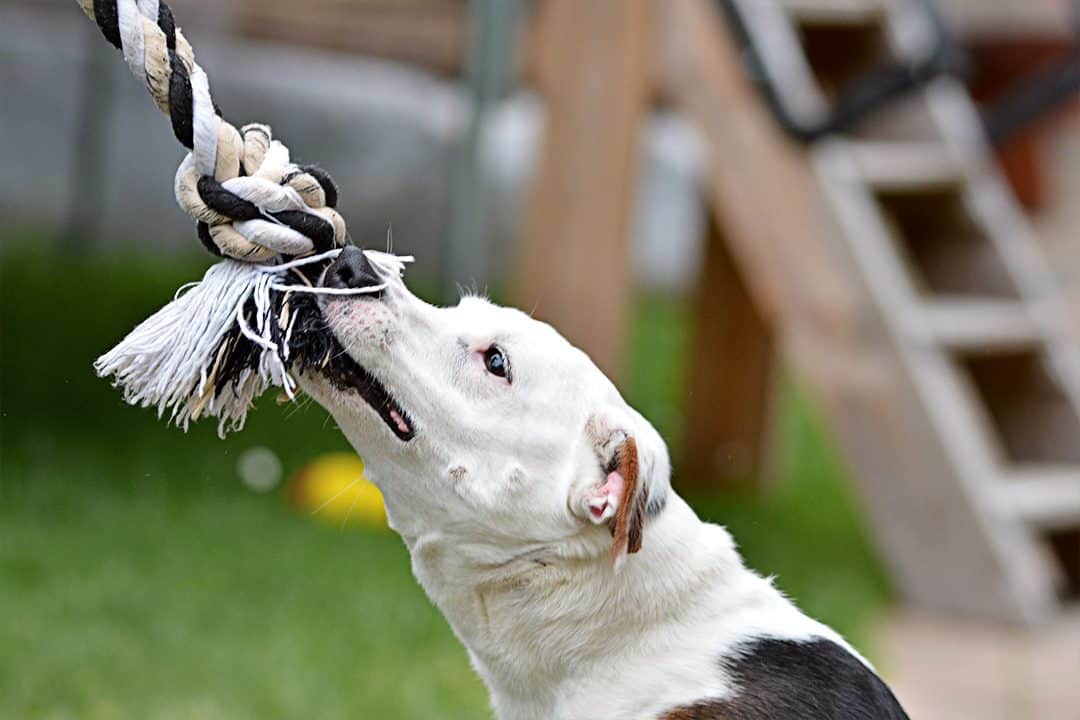 Though most dogs are friendly and harmless, the unfortunate reality is that any dog can bite. And oftentimes, the victims of dog bites are our most vulnerable—infants and children.

If you or someone you love was the victim of a dog bite, you deserve a legal advocate that will fight relentlessly for your full recovery.

Speak to our Lancaster, CA dog bite lawyers at PARRIS Law Firm about your case. We’ll leave no stone unturned as we seek maximum recovery for your family.

It’s no secret that Americans love dogs. Over 76 million dogs live and sleep in American homes, streets, and kennels. Nearly 40% of households have at least one pet dog.

But as canine populations have increased, so have dog bite incidents. The Center for Disease Control estimates that 4.5 million people per year nationally are bitten by dogs, and nearly 20% of these bites require medical attention. Tragically, children and older adults are most vulnerable to these attacks.

While rabies is typically the first thing people think about when bitten by an animal, more than 90% of rabies cases stem from wild animals, not domestic dogs. Roughly 5,000 rabies cases are reported each year to the CDC, with the number of rabies-related human deaths declining from more than 100 deaths annually in the early 1900s to just one or two per year since 1960. Rabies infections are extremely rare in the United States.

Dog bites are horrific, preventable tragedies that negligent dog owners often cause. When these incidents happen to you or someone you love, speaking with an attorney is best to protect your rights and get the compensation you deserve.

At PARRIS Law Firm, our attorneys take up the fight for innocent families blindsided by someone else’s negligence. Since our firm first opened its doors in 1985, we’ve served thousands of clients and obtained more than $1.9 billion on their behalf. Our track record of results speaks for itself—California’s injured trust us to secure a full recovery on their behalf.

The secret to our success? Putting clients’ needs first. Each case is carefully prepared for trial, and every client receives constant case updates from their team. We fight tooth and nail for you because we know how crucial your financial recovery is to restoring balance to your life.

After a dog bite injury, trust PARRIS dog bite lawyers with your recovery. Speak to our personal injury team today about your case.

Laws About Dog Bites in Lancaster

Regulations concerning dog bites in the United States are primarily left to individual states and the private sector—i.e., insurance companies. Our dog bite lawyers will break down some of California’s dog bite laws so that you know who can be held accountable for your injuries.

Concerning dog bites, California imposes what’s known as “strict liability,” referring to responsibility regardless of fault. This means that even if the owner had no reason to believe their dog was dangerous, the owner could still face liability in a civil lawsuit for the victim’s injuries.

Some states have what is known as the “one bite rule,” which means that dog owners only face liability for their dog’s bite if the dog had bitten someone before or displayed aggressive behavior.

California is not so inclined to let negligent owners off the hook. California Civil Code 3342 clearly states that “the owner of any dog is liable for the damages suffered by any person who is bitten by the dog while in a public place or lawfully in a private place [. . .] regardless of the former viciousness of the dog or the owner’s knowledge of such viciousness.”

If a dog who was considered dangerous before the incident bites someone, the courts may impose a stiffer penalty on the owner.

However, there are exceptions to dog bite strict liability.

If a dog bites a trespasser, strict liability does not apply. Civil Code 3342 only applies to victims lawfully on the property.

The law also prevents victims from suing the caretakers of a dog if the caretakers are not the owner. For example, if someone is dog-sitting and the dog bites a victim, the dog-sitter cannot be held liable under Civil Code 3342 for the offense.

Dog bite victims who provoke the animal in any way prior to the bite may also face a reduction in the damages they can recover. California’s comparative fault law reduces a victim’s compensation in accordance with their degree of fault. For example, suppose an insurance company determined that a victim’s provocation was 25% of the cause of the dog attack. In that case, the victim could recover the remaining 75% of their damages from the other party.

Lastly, the law prevents people from suing the government for injuries brought on by police dogs, provided that the victim was not an innocent bystander.

In each of these cases, recovery may still be possible under the traditional negligence standard. In other words, you may still have a dog bite claim even if your case falls into one of these exceptions.

To prove negligence, the victim must show that the dog owner should have known the dog might bite, and taken preventative measures based on that knowledge. A dog bite lawyer can help you do this.

Speaking to the personal injury attorneys at PARRIS Law Firm is the best way to explore your legal options following a dog bite.

As we’ve discussed, children are more likely than adults to be bitten by a dog. This is because young children are often smaller than most large dogs, and their injuries at the hands of an aggressive dog can be very severe.

In addition, children are also less likely to know that their actions may provoke a dog. Some dog owners have argued against strict liability by stating that a child’s behavior (e.g., hitting, poking, or harassing a dog) provoked the dog to attack.

California courts have generally held that children under five cannot be found negligent. In dog bite cases, small children can’t be expected to know that their behavior could lead to a dog attack. The dog owner’s liability, therefore, cannot be reduced. 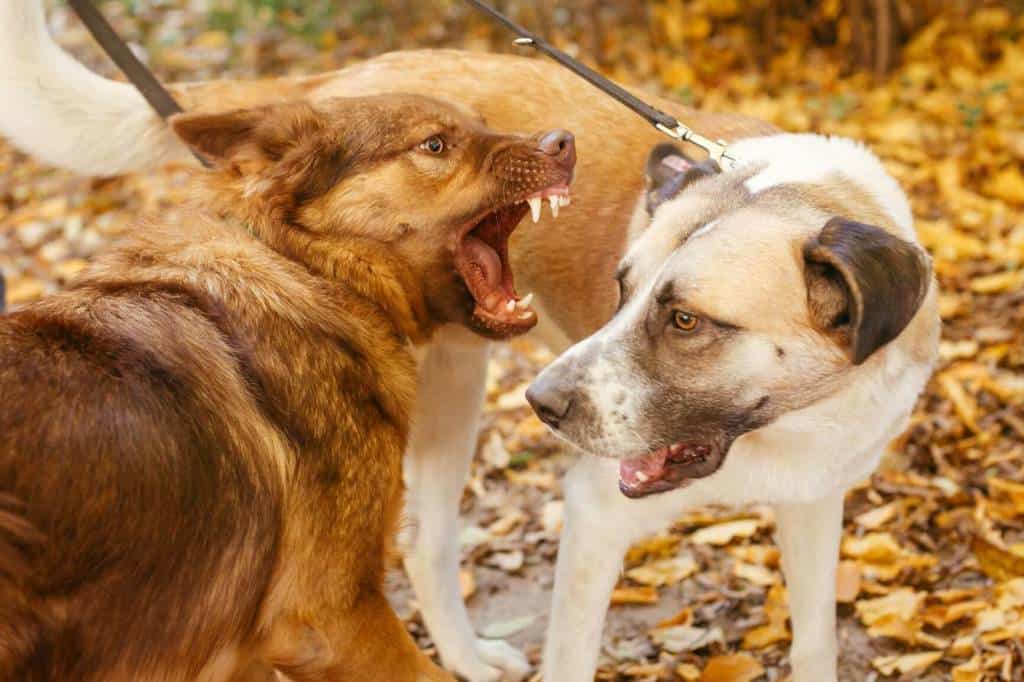 When a Dog Injures Another Dog

California’s dog bite statute also does not apply when a dog injures another dog. However, there is still a way to file a lawsuit and recover damages through a property damage lawsuit.

In such cases, the defendant can be deemed negligent if they noticed the dog’s aggressive behavior before and failed to take appropriate measures to prevent their dog from attacking others. The owner may also be liable if they were violating an existing statute, such as a law requiring dogs to be leashed, when the attack occurred. This would be considered “negligence per se;” that is, the defendant violated a statute designed to protect against the harm that occurred.

When a dog attacks a victim’s dog, the victim can recover either the reduction of the animal’s market value or the cost of their veterinary treatment—whichever is greater. Ask a dog bite lawyer for further clarification on what you can recover.

Not all injuries from dog-related incidents are related to bites. Dogs mishandled by negligent owners can cause a host of injuries, from dog-involved falls to broken bones sustained while running away from an aggressive dog.

California Civil Code 3342 does not cover dog-related injuries that are not bites, meaning that the strict liability standard does not apply. However, with the help of a dog bite lawyer, the victim can still prove that the dog owner acted with negligence or, if they violated a relevant statute, negligence per se.

When a person’s dog bites someone, their homeowner’s or renter’s insurance is usually responsible for covering the victim’s damages. However, these companies have excluded certain “dangerous breeds” from coverage, as these breeds are known to act aggressively more often than others.

These breeds often include:

Regardless of whether or not they own a “dangerous breed,” every dog owner must exercise reasonable care to train and, when appropriate, restrain their dog. This means keeping the dog on a leash or constrained to a backyard. If the dog is unleashed or gets out and injures someone, the owner could be liable for negligence.

Thankfully, the vast majority of dog bites cause minor injuries, or no injuries at all.

Nevertheless, even dog bites that appear minor at first have the potential to become infected, which can cause severe pain and suffering along with costly medical treatment. The CDC estimates 1 in 5 dog bites will become infected.

The most common types of injuries associated with dog bites include deep puncture wounds, wounds with ragged edges from shaking or tearing, bites to the face or hands, and other wounds that create significant pain and scarring.

Any injury from a dog bite—no matter how small—may merit taking legal action.

Based on the Dunbar Dog Bite Scale, there are six levels of dog bite severity. They include:

What Can I Recover After a Dog Bite Injury?

Those who suffer injury in a dog attack may recover any of the following damages with the help of a dog bite lawyer:

What Do I Do After a Dog Bite Injury?

Following a dog bite, victims are advised to seek immediate medical care if the bite broke the skin and caused bleeding. Other actions you should take to make sure you can recover potential damages include:

How Do I Treat a Dog Bite?

If a dog bites you, the Cleveland Clinic advises taking the following steps right away:

Who Compensates Me For My Medical Care?

If you or a loved one was injured by a dog bite caused by the negligence of an owner or handler, you should recover any losses from damages sustained by the attack. But legal action can often take years. In the meantime, you need to receive medical care.

In most cases, your health insurance plan should cover any immediate medical care you need, aside from any deductibles or copays. If it does not, you might be able to receive a medical lien. A lien is a loan from a medical provider that will be paid following a personal injury settlement or judgment.

At PARRIS Law Firm, our dog bite lawyers can help you find a doctor in your area who is willing to provide a medical lien. We always fight for the best possible medical care for our clients.

Why Our Lancaster, CA Dog Bite Lawyers? No Fees Until We Win

At PARRIS, we work entirely on contingency, which means that you pay only when we win your case. You pay nothing if we lose. By choosing PARRIS to represent your interests, you will have access to a premier dog bite lawyer in Lancaster for not a penny out of your own pocket.

Call us today for a free consultation.