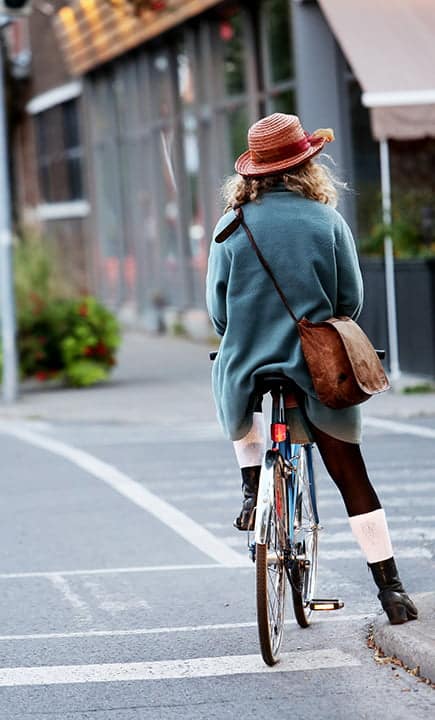 Cycling, both as a method of transportation and as a hobby, has become increasingly popular in California.

But despite the growing number of cyclists on the road, many cities have not developed the infrastructure to accommodate bicyclists in the streets safely. Additionally, many bicycle riders face the challenge of distracted motorists who don’t understand the right-of-way laws concerning cyclists.

If you or a loved one was injured or killed in a California bicycling accident, it’s critical that you hire a capable bicycle accident lawyer to fight for your rights. You deserve a full recovery—don’t settle for less. The Lancaster bicycle accident lawyers at PARRIS Law Firm have the experience, expertise, and relentless drive to obtain the compensation you need.

PARRIS Bicycle Accident Lawyers: Here to Fight for You

Since 1985, the PARRIS Law Firm, located in Lancaster, CA in northern Los Angeles county, has successfully represented thousands of victims of traffic accidents. Our track record is virtually unmatched: we’ve secured over $1.9 billion in verdicts and settlements for clients, with over 150 cases resolved for $1 million or more.

The key to our success? Putting clients first, always. The PARRIS team skillfully prepares each and every case for trial, leaving no stone unturned in our quest for justice. Your case manager skillfully negotiates with insurance companies on your behalf, your client care coordinator brings you up to speed, and your attorney presents expert arguments to ensure justice is served.

Fighting for the rights of bicyclists is not just our business—it’s personal. Some of our lawyers and team members are bicyclists themselves. We understand the safety hazards that bicyclists face, and we’re committed to protecting the rights of the injured, whatever it takes.

Don’t wait to get justice. Contact PARRIS today for your complimentary case evaluation. You won’t pay any legal fees unless we win your case.

Before You Hire a Bicycle Accident Lawyer: Know Your Rights

Generally speaking, cyclists have the same rights and responsibilities as drivers. But when bicyclists share the road with motor vehicles, the cyclist takes on the greater risk. A minor accident that barely scuffs a car could have fatal consequences for a person riding a bike.

For the safety of cyclists, it is crucial that cyclists and motorists alike understand a cyclist’s rights on the road. Here is a brief overview of bicycle right-of-way laws in California.

Unfortunately, many motorists are unaware that bicyclists have the right-of-way in most driving scenarios. A driver’s simple failure to yield can cause a tragic accident that changes an innocent cyclist’s life forever.

Call PARRIS Law Firm right away if you need help following a bicycle accident. Our seasoned bicycle accident lawyers are equipped to secure the maximum compensation possible to restore your life.

Additionally, California requires that bicyclists meet specific safety standards to use public roadways. Those requirements include, but are not limited to:

For more resources on California’s laws for cyclists, visit Calbike.org.

California is home to a large share of the country’s cyclists. As increasing numbers of cyclists share the road with motorists, bicycle accidents have become more frequent and deadly.

From 2016 to 2018, traffic accidents in California killed 455 bicyclists, representing the highest death count in a three-year period going back 25 years, according to the National Highway Traffic Safety Administration. That amounts to about 3.9 bike fatalities per million people. Nationally, bicyclist fatalities occur at a rate of about 2.6 per million—less than California’s rate, but still the highest since the mid-2000s.

Tragically, Los Angeles is a particular hotspot for bicycle accident fatalities. From 2016 to 2019, LA County alone saw 38-42 cyclist deaths per year—a death rate higher than 46 individual U.S. states. Moreover, about 1 of every 5 of these cyclists perished in hit-and-run bicycle accidents.

Why Do So Many Bicycle Accidents Happen in Los Angeles County?

The LA metro area is theoretically a perfect place to ride a bike. The weather is warm and sunny year-round, and riding a bike is a healthy, greener alternative to sitting in LA traffic for hours. Plus, LA County is home to incredible scenery, including Santa Monica’s beachside bike trails and mountain paths through the San Gabriel Mountains.

Despite this, Los Angeles ranks as one of the country’s most dangerous cities for cyclists. The city’s infrastructure was built for passenger cars and trucks, with long, multi-lane highways and thoroughfares with few pedestrian crossings. The network of bike lanes throughout the city is haphazard at best.

Even streets with bike lanes are unsafe for many riders, as many Angelenos are often unfamiliar with cyclists’ right-of-way laws. Many motorists fail to check for cyclists when changing lanes or turning, with deadly consequences for the cyclist. And more than ever, drivers are distracted by their cell phones while they drive, increasing the chance that they won’t see a bike on the road.

To make things worse, many Los Angeles roads and sidewalks are in significant disrepair. A pothole or loose gravel can mean death or severe injury for a cyclist.

What Are the Most Common Causes of Bicycle Accidents?

Throughout California, the most common causes of bicycle accidents include:

What Injuries Do Cyclists Sustain After an Accident?

While drivers and passengers are protected from crashes by their vehicles, bicyclists have no such protection. Therefore, injuries sustained in bicycle vs. vehicle accidents are often severe. Injuries may include:

Following a bicycle accident, no injury is too minor for medical treatment. Talk to your bicycle accident lawyer at PARRIS about getting the ongoing care you need after the crash.

Why Is Hiring A Bicycle Accident Lawyer So Important?

Determining liability for a bicycle accident can be tricky. If a driver struck you while you were legally riding your bike, you would be entitled to collect from the at-fault driver’s insurance company. However, if the crash happened because of an unsafe roadway, you would need to take legal action against the city, county, or state responsible for maintaining that road.

Contacting a trusted bicycle accident lawyer immediately following your crash is the best way to protect your rights. The PARRIS team of Lancaster bicycle accident lawyers has nearly four decades of experience dealing with municipalities and insurance companies. We know their tactics and understand how to secure the compensation you need to recover.

Let us take care of the legal battle while you focus on your recovery. Get a free case evaluation with PARRIS bicycle accident lawyers today.