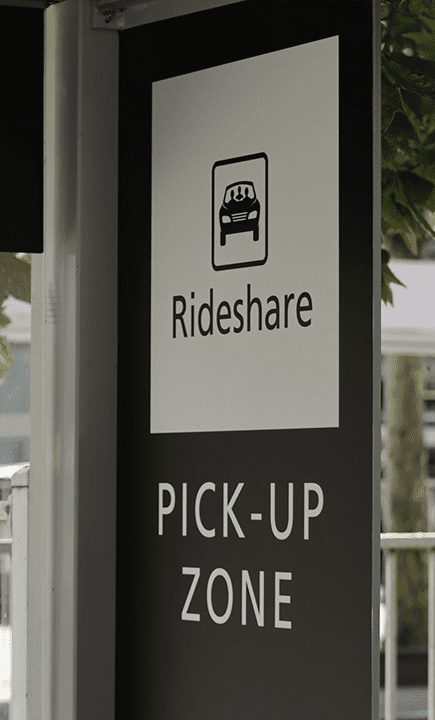 The Rise of Independent Contractors in California

As technology has changed and living costs have risen, millions of Americans have opted for jobs that let them choose their own schedules and act as their own bosses. According to a QuickBooks study, 28.2% of American workers classified themselves as “self-employed” in 2019—and that was before the coronavirus pandemic forced millions of other workers into gig work.

Misclassification harms workers. If you’re an employee misclassified as an independent contractor, you may be missing out on the wages, overtime, and benefits you are owed under California law.

The employment lawyers at PARRIS Law Firm are here to discuss the difference between employees and independent contractors so that you fully understand your rights. Call PARRIS Law Firm immediately for a free case review if you believe you have been misclassified.

What is the difference between an employee and an independent contractor in California?

In general, a worker is an employee if they are subject to the control and direction of the company they work for.

Independent contractors, on the other hand:

Take Uber drivers, for example. Drivers can pick their own hours and use their own cars, like an independent contractor would. But Uber drivers also work at their place of employment on a permanent basis and perform tasks that are part of the company’s core business.

This confusion led the California government to pass Assembly Bill 5 (AB 5) in 2019, which classified all workers as employees unless they pass the three-pronged ABC test:

Below, our team will break down AB 5 and other laws in California that govern independent contractor classification. But first, let’s discuss why the correct classification matters.

Why the Difference Between Employees and Independent Contractors Matters

Employees in California are protected by a host of laws, covering issues such as proper wages and hours, discrimination and harassment, workplace injuries, and more. You can read about some of these protections at our Employment Law page.

If you’re an employee misclassified as an independent contractor, you may be missing out on these crucial benefits that you are entitled to under California law.

Hiring a PARRIS independent contractor attorney is the best way to protect your rights.

A Firm With Experience

Ever since the PARRIS Law Firm opened its doors in 1985, our trial attorneys have developed a 99% success rate inside and outside the courtroom.

Our employment law attorneys regularly secure seven-, eight-, and nine-figure settlements and verdicts for victims of employment law violations. All told, our firm has put $1.9 billion into the hands of clients.

Our Results Speak for Themselves

Our team has recovered millions in back pay and compensation for victims of employment law violations, including:

We pay special attention to client communication, and we’ll make sure our client care team updates you at every step of your case.

When your employer violates your fundamental rights as an employee, we’re here to ensure you receive the care and treatment you deserve.

No Fees Until We Win

At PARRIS, our legal teams are paid on contingency. That means we advance all costs related to your case, and you pay no fees unless we win your case. If we are unsuccessful, you owe us nothing.

Hiring PARRIS to protect your rights is a risk-free choice. Contact us today for a free case review.

California law surrounding independent contractor/employee classification has evolved considerably over the last five years—from the California Supreme Court to the state assembly and back to the hands of voters.

Below, our team has outlined what you need to know to protect your rights.

In 2018, a case concerning independent contractor classification made it all the way to the California Supreme Court: Dynamex Operations West Inc. v. Superior Court. The case was filed by two delivery drivers at Dynamex who had been classified as independent contractors by the company to save costs.

At the time, the ruling applied to issues that arose over wage orders. In other words, the ABC test only classified workers when it came to issues involving minimum wage, meal and rest breaks, and overtime wage violations.

AB 5, passed by the California State Legislature in 2019, codified the ABC test into law. It also expanded the law’s reach to include issues related to unemployment insurance, Labor Code violations, workers’ compensation, and more.

In other words, the ABC test is now the law concerning all employment issues. Misclassified employees are now free to take legal action against their employers and potentially recover overtime wages, meal violations, or other benefits they lost due to misclassification after January 1, 2020 (when AB 5 went into effect).

Of course, the nature of some professions require an independent contractor classification that is less stringent than AB 5 and are therefore excluded by the law. These exceptions include, but are not limited to:

These exceptions must be licensed and pass the Borello test, a much less stringent standard that considers the business’s right to control how a worker completes their work.

Factors taken into account in the Borello test include:

Notably, workers need not pass all 11 factors to be classified as independent contractors.

Other professional workers, such as marketing professionals, artists, designers, or appraisers, may be classified as independent contractors if they pass the Borello test and also:

Business to business contractors, construction subcontractors, and event gig workers, such as DJs or caterers, are also exempt from AB 5, provided they meet certain other requirements.

For more information on the exceptions to AB 5, view the bill text here.

Prop 22: The Fight for App-Based Drivers

Notably not exempted from AB 5 are app-based drivers. Under AB 5, companies like Uber, Lyft, DoorDash, and Instacart are required to classify their workers as employees, providing them with all of the rights due to employees in the Golden State.

However, these companies fought back. After over $200 million in campaign funding from Uber, Lyft, and DoorDash, voters in California passed Proposition 22, which allowed app-based drivers to remain independent contractors with some additional new rights:

Though some gig workers saw the passage of Prop 22 as a win, most saw it as a loss. App-based drivers remained ineligible for benefits, unemployment insurance, traditional workers’ comp, and overtime. In addition, some sources claim that the benefits these companies promised have yet to have a positive effect on these workers.

In August 2021, a California Superior Court judge ruled Prop 22 unconstitutional, noting that the law violated the California Constitution by (a) preventing gig workers from unionizing, (b) preventing the workers from having true workers’ compensation insurance, and (c) making it very difficult to change the law once it went into effect.

Of course, the app-based companies have appealed this ruling.

The Independent Contractor vs. Employee Battle Will Continue

The issue of AB 5 and independent contractor classification in California will likely remain a contentious legal issue for years to come.

Until then, you deserve to have your employee rights protected. If you believe you have been misclassified, don’t wait: call a PARRIS lawyer to walk you through your rights.