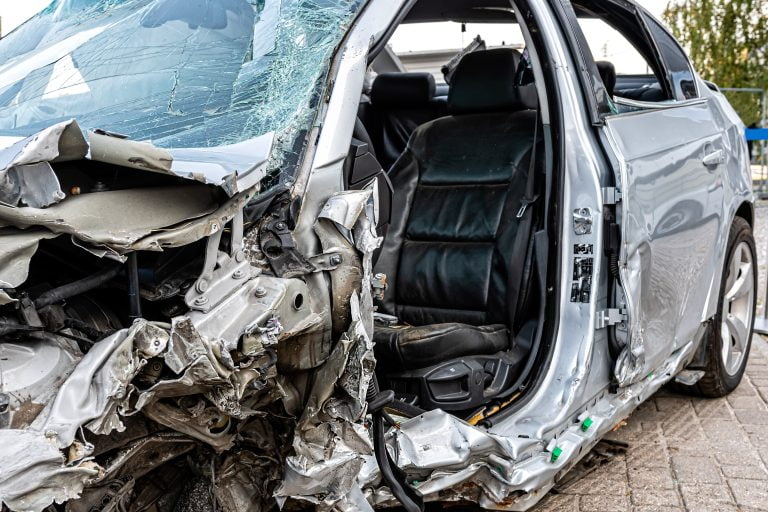 A Bakersfield jury awarded $8.1 million to a client of the PARRIS law firm who suffered a mild traumatic brain injury after being sideswiped at a stoplight.

In July 2017, a driver in a Toyota Corolla ran a red light and t-boned our client while she was making a left-hand turn in Rosamond, CA.

Even though the defendant was at fault, their insurance company did not want to compensate our client fairly. An attorney for State Farm, the defendant’s car insurance carrier, argued in court that the concussion the plaintiff suffered was not that bad. He also argued that it should have been resolved within a few months. State Farm’s attorneys tried to minimize the severity of the crash even further by arguing that the airbags didn’t deploy and there were no visible bruises to the victim’s head.

“While all of those facts were true,” said PARRIS attorney Jason P. Fowler, “the jury saw through the defendant’s attempts and listened to the doctors and our client.”

During the trial, our injury attorneys called doctors to the stand to corroborate the victim’s claims. “The jury saw the human losses our client suffered through no fault of her own. Thankfully, the jury gave a verdict that honors those profound losses,” said PARRIS attorney Ryan K. Kahl.

Our client sustained significant property damage and substantial mental and physical injuries. She also suffered a severe shock to her nervous system. Because of the crash, she incurred significant medical bills for doctor visits and surgeries. It also affected her ability to make a living.

During litigation, plaintiffs repeatedly asked State Farm to pay the $100,000 policy limits, but the insurer refused to settle the case. Shortly before trial, the defendant’s insurance company tried to settle the case for just $30,000, an amount far less than her medical bills.

By choosing PARRIS to represent her, our client was able to secure an award that would take care of her past and future medical expenses.

“Our client was forced to relive this traumatic event for several years because the insurance company refused to pay the true value of her claim,” said Kahl. “This verdict helps our client with the long process of putting her life back together,” Kahl added.

If you were the victim of a car accident, the best way to protect your rights is to hire a lawyer. Unlike many other law firms, PARRIS does not look to settle car accident cases quickly. Our team of personal injury attorneys are willing to spend the time to fight for the maximum compensation a case deserves.

At the PARRIS Law Firm, we employ a team of investigators including former CHP officers, legal assistants, a case manager, and lawyers to tackle a case from every angle. We stop at nothing until we get the results you deserve. The PARRIS trial team has won more than $200 million for victims of car accidents in 2021 alone and billions for our clients in nearly 40 years of practice.

If you were involved in a car accident, do not settle your case right away. Call the PARRIS Law Firm for a free consultation.