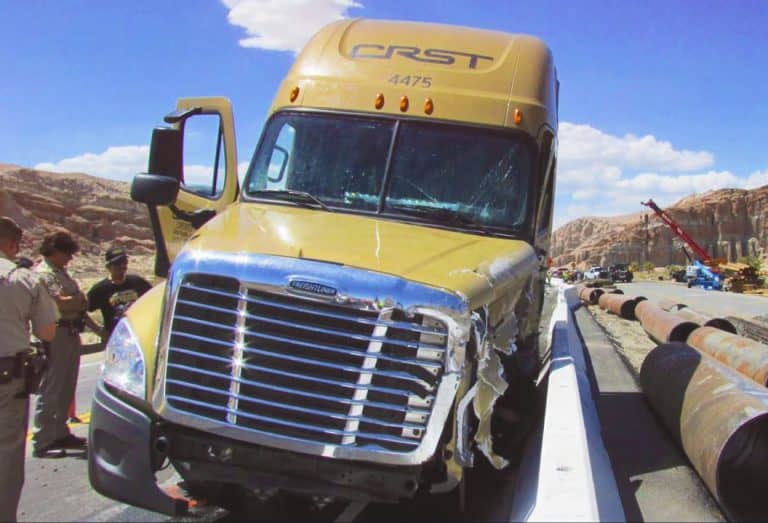 This case has been resolved. Learn more about the courtroom showdown and eventual victory for our clients here. 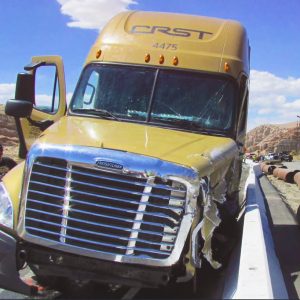 A horrific head-on collision with a CRST, Inc. big rig left two brothers fighting for their lives. “With a history of malicious misconduct in hiring, investigating, and retaining its employees, CRST, Inc. could be on the hook for punitive damages in excess of $350 million,” said PARRIS attorney R. Rex Parris.

According to the complaint, “In July 2014, two brothers were on their way to Mammoth Lake, California for their yearly family fishing trip. Although life was becoming increasingly busy for them, they made it a continued priority to make quality time for each other.”

“As the brothers traveled north on SR-14, they approached a construction zone near Red Rock Canyon. The Red Rock Canyon Bridge project narrowed four lanes of traffic down to two, separated only by orange traffic cones. Entering the bridge project, a CRST big rig, driven by Hector Contreras, crossed the orange traffic cones and struck the brothers head-on at speeds in excess of 55mph.”

“CRST driver Hector Contreras has a long list of prior convictions ranging from driving under the influence, possession of drug paraphernalia, and felony grand theft auto. CRST had also been alerted by his co-driver that Hector Contreras posed a danger to the public at large. Hector Contreras should have never been on the road, especially in an 8-ton big rig truck,” says PARRIS attorney Khail Parris. According to the complaint, “CRST failed to perform an adequate background check on Hector Contreras, failed to follow their own policies, and failed to pull Contreras off of the road following numerous accidents before the July collision.”

Company emails indicate the safety manager was concerned Contreras was under the influence at the time of the collision so he did ask him to submit to a urine or blood test as required by law. “The blatant disregard for human life is appalling…he should have never been driving…let alone driving a big rig,” says R. Rex Parris.

“To this day, the brothers suffer from mental and physical pain as a result of CRST and Hector Contreras’ negligence. The brothers are not the same great men they were before this horrific accident,” added Parris.

If you or a loved one have been involved in a truck accident, contact PARRIS lawyers. We will fight fearlessly for you, and you’ll pay no fees until we win compensation for you.