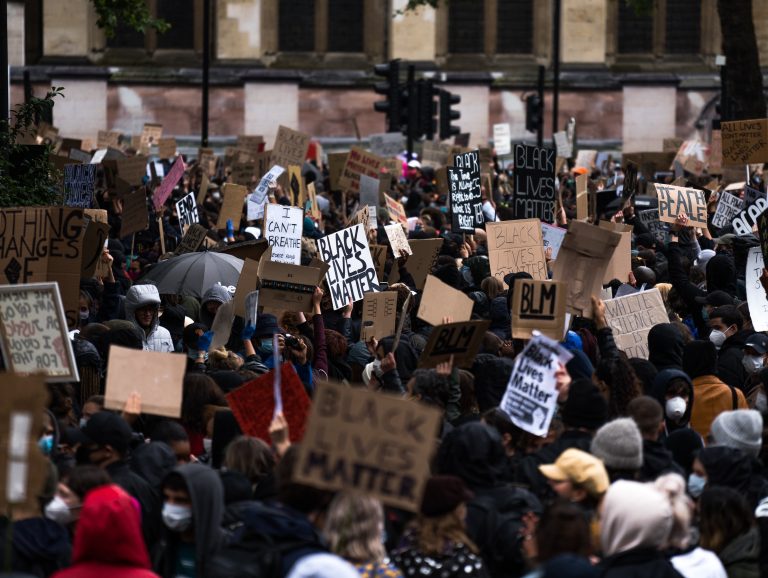 A Black Lives Matter (BLM) protestor, Randy Stewart, was severely injured by LAPD while marching in a peaceful BLM protest on May 30, 2020 in downtown Los Angeles. As he was marching, officers demanded that the protesters disunite. Randy turned around to leave and LAPD began firing rubber bullets into the crowd, hitting Randy in the back of the head.

Randy suffered a traumatic brain injury (TBI), a brain hemorrhage, blurred vision, difficulty speaking, PTSD, tinnitus, and much more as a result. After unlawfully firing rubber bullets at Randy and the other protestors, the police did not offer any medical aid for his injuries, and instead told Randy to keep moving.

The treatment of a brain injury is the start of a life long process of intensive care, therapy, rehabilitation, medication, and countless other efforts. To fight for Randy’s mental, emotional, and physical recovery, PARRIS Law Firm served a $50 million government claim on Randy’s behalf.

“When we exercise our constitutional right to peacefully protest, the last thing we should expect is to be carried away from the protest with a traumatic brain injury,” said attorney and Lancaster Mayor R. Rex Parris. “The term rubber bullets sounds harmless, but they can cause severe injuries when in the wrong hands,” Parris added.

A 2017 British Medical Journal analysis showed that 15% of people injured by rubber bullets and related projectiles used by police were left with permanent disabilities. The same study found that 3% of people struck by rubber bullets died. To avoid the human tragedy that comes from unnecessary use of force, the United Nations recommends that rubber bullets only be used in response to imminent threat and be directed to the lower half of the body, not the head, face, or neck.

“For an injury like this to occur, LAPD would have had to fire rubber bullets directly at people’s heads, or to have recklessly fired into the crowd without regard to killing people.,” said attorney Khail A. Parris. “It’s troubling to think that individuals trained to protect us would ever think of doing something like this,” Parris added.

If you have suffered injury at the hands of the police, contact PARRIS Attorneys to start your free case consultation today. You pay no fees until we win, and we will fight fearlessly for you.