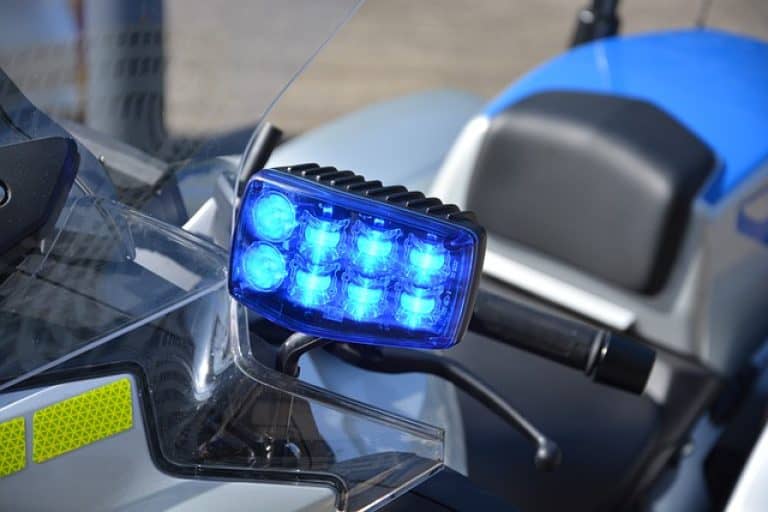 On October 20, 2021, PARRIS attorneys secured a $49.6 million verdict for a California Highway Patrol (CHP) officer who was severely injured in the line of duty.

Our client, a CHP motorcycle officer, was performing his job duties on the 5 freeway near Santa Clarita when he attempted to pull over a speeding vehicle. A distracted driver failed to notice the officer’s emergency lights and rear-ended him, ejecting him from his motorcycle onto the freeway.

The CHP officer sustained debilitating injuries as a result of the crash. “Our client’s life will never be the same,” stated PARRIS attorney Khail A. Parris. “Because of the reckless actions of a careless driver, an innocent CHP officer will need costly medical care for the rest of his life.” In addition, our client’s injuries have prevented him from returning to work at the CHP, rendering him unable to provide for his family.

“This crash should have never happened,” said attorney R. Rex Parris. “Flashing police lights are hard to ignore. The only way they can be missed is if you want to ignore them,” Parris added.

Fighting for the Family

From day one, the PARRIS team was there to protect our clients. Ibiere Seck of Seck Law joined the fight for the family by representing the CHP officer’s wife. “It was important that her voice be heard. She, too, was greatly impacted by this tragic event.”

It didn’t work. During the six-week trial, attorneys Khail A. Parris and R. Rex Parris examined more than 20 witnesses, ranging from innocent bystanders to malicious, defense-sponsored experts seeking to minimize our client’s injuries.

With each interview, the PARRIS duo gutted the insurance company’s case and exposed the fraudulent witnesses for what they were. In one case, on a motion from the PARRIS team, the court struck down the testimony of the defense-sponsored life care planner after finding it to be unfounded in scientific reliability.

After an intense two-hour closing, the case was ultimately placed in the hands of the jury.

Victory for Our Clients

After days of deliberation, the Los Angeles jury awarded $49.6 million to the CHP officer and his family.

This jury verdict speaks volumes to the struggles that our clients faced after this horrific accident. With their legal battles now behind them, our clients have hope for a brighter future.

PrevPreviousPARRIS Secures $10.6 Million Verdict in Wrongful Death Trial
NextCan I Get Short-Term Disability Benefits After a Car Accident in California?Next