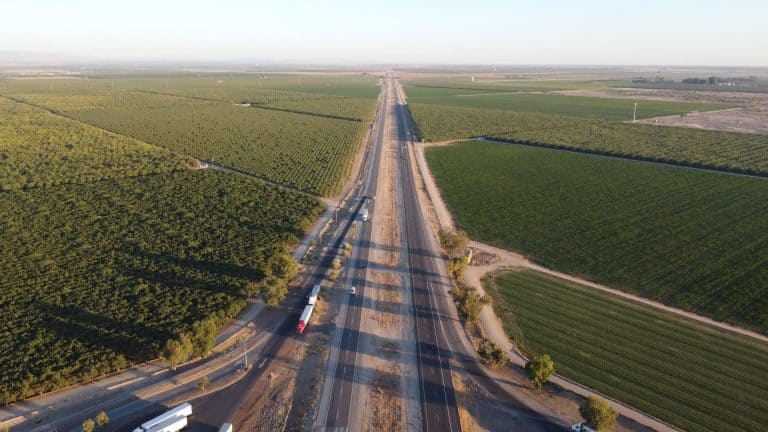 On May 17, PARRIS attorneys R. Rex Parris and Alexander R. Wheeler will go to trial to protect the rights of an innocent man that suffered great loss at the hands of a corporate energy behemoth.

Energy giant Pacific Gas and Electric (PG&E) stands accused of knowingly making false statements about Kern County small business owner Jeff Alexander in numerous public statements following a horrific gas explosion. The suit contends that PG&E knew it was responsible for the explosion but purposefully blamed Alexander in a press release to cover up their own negligence.

PG&E’s role in the explosion—and their subsequent false claims about the plaintiff—robbed Alexander of his reputation, valuable equipment, and millions of dollars in lost business.

Agricultural company Big N Deep, owned by Jeff Alexander, was hired to prepare a plot of land in Bakersfield for almond tree planting in November 2015. On November 13, a Big N Deep employee was deep plowing the area when he struck a high-pressure natural gas pipeline, causing a massive, fiery explosion.

The blast threw the tractor into the air, instantly killing the employee. The flames were so intense that they spread to a nearby home, causing severe burn injuries to two women and a child inside the house.

On December 7, 2015, PG&E issued a press release blaming Jeff Alexander and Big N Deep for the explosion. In addition to placing full responsibility for the accident on his shoulders, PG&E accused Alexander of:

As Alexander’s complaint alleges, these assertions are clearly and demonstrably false. But this press release was quickly given to local news outlets, which published numerous negative articles about Big N Deep’s “illegal and unsafe” business practices. Their reporting rendered incalculable damage to Alexander’s reputation within the Kern County agricultural community, where his family has farmed since before he was born.

To make things worse, then-president and CEO of PG&E, Nick Stavropoulos, wrote an opinion letter in The Bakersfield Californian that made numerous false allegations against Alexander.

Alexander suffered great losses at the hands of PG&E’s failure to prevent the accident and their subsequent false claims. According to the complaint, Alexander lost roughly $6 million in lost business and destroyed equipment and more than $1 million in repair costs. The damage inflicted on his reputation in the community, however, is immeasurable.

PG&E has testified that the small flags they use to mark the location of high-pressure pipelines are difficult for tractor operators to see, and not for use in rural areas. On November 13, 2015, these flags were placed twice the distance away from the pipeline allowed by law.

In addition, PG&E failed to provide a standby representative or “flagman” at the digging site, both in November 2015 and in a previous incident in 2014. Failing to provide a flagman at a dig site is a violation of both California law and PG&E’s own written policies.

In 2018, the California Public Utilities Commission reported that PG&E had a long history of negligent behavior, including employees facing pressure from bosses to falsify data “so requests for pipeline locating and marking would not appear as late.” This report covered the period of 2012-2017, the exact period during which this tragedy occurred.

Patricia Poppe, the current CEO of PG&E, has been subpoenaed to testify about PG&E’s long history of placing profits over safety. She has stated publicly that she was hired to fix this culture, yet victims like Jeff Alexander continue to suffer from PG&E’s actions.

According to the complaint, PG&E’s allegations against Jeff Alexander were demonstrably false. PG&E either knew or should have known that the information they published was untrue—the press release was prepared by a 34-person crisis management team, which included members of the PG&E Board of Directors.

As a result of PG&E’s actions, Jeff Alexander and his company, Big N Deep, suffered both financial losses and extreme reputational harm. R. Rex Parris, founder of PARRIS Law Firm and lead attorney for the plaintiff, states that he intends to ask the jury for punitive damages amounting to $1.2 billion. Any lesser amount would not be sufficient to punish a company of PG&E’s size.

This case has been reported on FOX58, ABC23, and Bakersfield.com.

PrevPreviousHow To Determine Who Is at Fault In a Car Accident
NextHow Much Is My Car Accident Case Worth?Next