Edison Could Be To Blame for Fairview Fire in Hemet 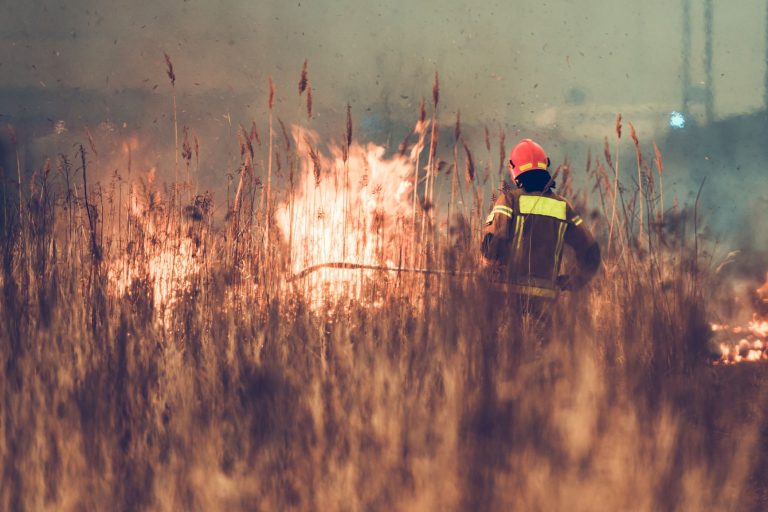 Strong winds and high temperatures on Friday, Sept 9, fanned the flames of the Fairview Fire as it burned through more than 27,000 acres near Hemet, CA. With just 5% of the fire contained as of Friday morning, nearly 24,000 people have been evacuated from Hemet to Temecula.

Fire officials are hoping that rainfall expected over the weekend could dampen the blaze to allow the more than 2,100 crew members working the fire to get an upper hand. Numerous air tankers and 16 helicopters were deployed to fight the wildfire, which is so far the state’s largest of the season.

The Fairview Fire has so far consumed 12 homes and killed two people. More than 18,000 structures were threatened as of Friday morning, according to the LA Times.

As winds from Tropical Storm Kay are expected to reach more than 40 mph in some parts, fire officials warned flames could jump the fire lines, further increasing the size of this already deadly wildfire.

Flooding and mud slides could be another obstacle as fire crews continue battling on the front lines. The Riverside County Emergency Management Department warned of flash flooding and debris flows countywide through Saturday night.

Gov. Gavin Newsom on Thursday declared a state of emergency for Riverside County in addition to El Dorado and Placer counties where firefighters tried to contain the Mosquito Fire with little success so far.

Cause of Fairview Fire Not Confirmed

In a report filed by Southern California Edison with the California Public Utilities Commission on Monday, Sept 5, the utility company said its information reflected “circuit activity” close to the time and location the fire started. Often such reports are the first steps before a utility company accepts blame.

“Out of an abundance of caution, SCE submits this report as it involves an event that may meet the significant public attention and/or media coverage reporting requirement,” the report stated.

A spokesperson for Edison, Gabriela Ornelas, confirmed the report to The Press-Enterprise earlier this week but did not elaborate. The report was issued about four hours after the fire started.

A circuit activity could mean an arcing event, which happens when a power line contacts another piece of equipment on a power pole.

Some of California’s most devastating wildfires were caused by investor-owned utility companies. In some cases, executives were criminally charged such as the case with PG&E officials following the Kincade Fire in April 2021.

Edison was blamed for the 2017 Thomas Fire in Ventura and Santa Barbara and the 2018 Woolsey Fire in Malibu. In the Woolsey Fire, Edison settled for $2.2 billion.

Utility companies have a responsibility to maintain key infrastructure and keep the brush clear beneath power lines in remote locations. Downed lines during high winds, and in some cases birds or metallic balloons, are known to spark fires. Experts say these wildfires are practically inevitable given the utility companies’ poorly-maintained power grid and their negligence in clearing the right-of-way.

A report by California’s state auditor earlier this year found that state officials failed to hold California’s electric utilities accountable. The state’s Office of Energy Infrastructure Safety approved wildfire prevention plans put forward by utility companies even though they were seriously deficient. Among them was PG&E, which was found responsible for sparking the Camp Fire in 2018 that killed 85 people marking the state’s deadliest.

Since 2015, power lines have caused six of California’s 20 most destructive wildfires, according to the report. Outdated equipment and uninsulated lines were mainly to blame.

Parts of Riverside were under a flood watch and high-wind warning Friday, with gusts reaching up to 70 mph in the mountains.

For those in the Hemet and Temecula areas, an evacuation center is located at the Taquitz High School at 4425 Titan Trail in Hemet and at the Temecula Community Recreation Center at 30875 Rancho Vista Road. Here residents can seek shelter, gather needed supplies and meet up with loved ones.

For a map of the evacuation area, visit CAL Fire at Fire.Ca.Gov.

Fairview Fire: How to Prepare Your Home in Case of Fire

There are three ways that a home is exposed to wildfire: by direct flames, radiant heat from nearby burning vegetation or structure, and flying embers. In some cases, a home fire could be sparked by a single ember traveling from miles away.

The most vulnerable parts of any home are the roof, chimney, overhanging eaves, vents, decks, fencing, and shrubs around the home. The goal is not to fireproof the property, but limit its ability to act as a fuel source. In some cases, due to lack of upkeep or certain building materials, a house could be more flammable than the forest around it.

The PARRIS Law Firm has helped to recover substantial compensation for clients affected by wildfires, including the Woolsey Fire. Some lost everything – their homes burned completely to the ground without insurance – while others suffered smoke damage.

No matter the level of damage, no matter your level of insurance coverage, our wildfire attorneys are here to help.

Even if you have homeowners insurance but it did not cover the full cost of the damage to your property, you still may be able to seek compensation through a lawsuit.

There is no cost to you to pursue a case. We only get paid when we win.

Call the PARRIS Law Firm today if you or someone you know might need help working through the process. Our experienced wildfire attorneys who specialize in these types of cases can analyze your situation from the moment you contact your insurance company to make sure you receive the compensation you deserve.