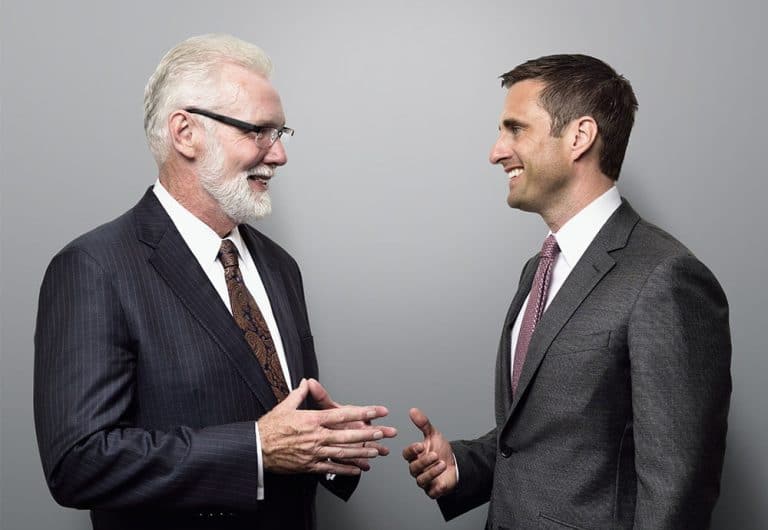 We are pleased to announce that PARRIS partners R. Rex Parris and Alexander R. Wheeler have been honored as two of California’s Top Plaintiff Lawyers by esteemed legal publication, the Daily Journal.

Each year, the Daily Journal carefully selects attorneys from hundreds of nominations throughout the state. The Top Plaintiff Lawyers are recognized for their work on significant cases impacting both California and the world at large.

PARRIS founding attorney R. Rex Parris’s long history of legal success has landed him multiple features in the Daily Journal throughout his career. In this year’s article, Rex is recognized for his role in obtaining two landmark personal injury results in 2021: a $141 million award for a man left with brain damage after a catastrophic T-bone style accident, and a $49.6 million verdict for a CHP officer rear-ended while riding his motorcycle.

PARRIS partner Alexander R. Wheeler was recognized for his exceptional work for clients. Alex spent much of his early career at PARRIS building the firm’s class action department, and he continues to represent clients in multi-million dollar class actions to this day. However, Alex is also a renowned trial lawyer specializing in personal injury and wrongful death cases. In 2021, he and PARRIS partner Jason P. Fowler achieved a $10.6 million wrongful death verdict for the family of two men who lost their lives in a tragic head-on car crash. All told, Alex has obtained over $500 million in verdicts and settlements for clients throughout his career.

Both Rex and Alex have maintained a focus on holding major corporations and government entities responsible for their transgressions against innocent plaintiffs.

Last year, R. Rex Parris, together with PARRIS attorney Patricia K. Oliver and other plaintiffs’ counsel, was instrumental in obtaining a $1.8 billion settlement against Sempra Energy subsidiary SoCalGas. The settlement held the energy behemoth accountable for causing a gas leak that sickened thousands of Porter Ranch residents in 2015-16.

Alexander R. Wheeler, together again with Patricia K. Oliver, represents hundreds of plaintiffs in a lawsuit against LA Sanitation for causing a massive sewage spill near El Segundo, CA, in the summer of 2021. The disaster, which flooded the Hyperion Water Reclamation Plant and sent 17 million gallons of raw sewage into the ocean, also released noxious odors into the community, causing residents months of health issues.

Rex and Alex have also worked together on several cases against public and corporate defendants. When news came out that the LA Department of Water and Power had been covering up a methane leak in the Sun Valley neighborhood of Los Angeles for at least three years, Rex and Alex filed suit against the city.

Most recently, Rex and Alex went to trial against Pacific Gas & Electric (PG&E) on behalf of a business owner falsely accused of conducting “illegal and unsafe” excavations that caused a deadly gas pipeline explosion in 2015.

PARRIS partners R. Rex Parris and Alexander R. Wheeler are exemplary attorneys. They use their immense skill and experience to fight relentlessly for their clients, with incredible results. Join us in congratulating our partners for their achievements.