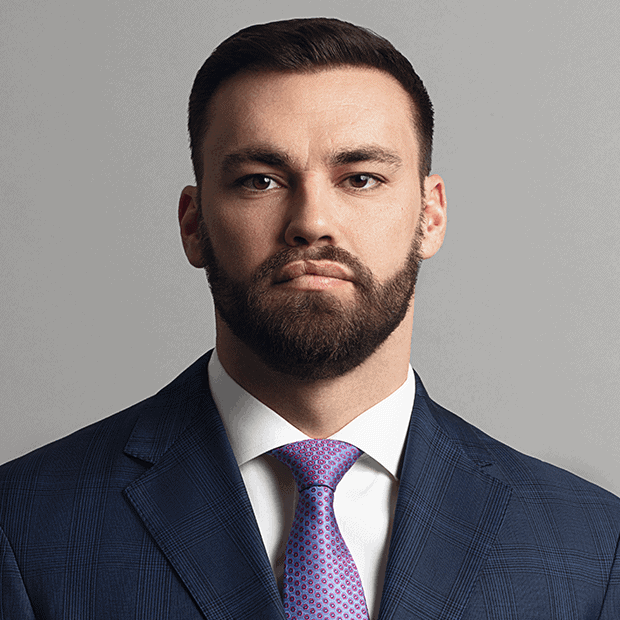 Khail Parris is a partner with the PARRIS Law Firm, handling personal injury cases and products liability. He joined the PARRIS Law Firm in 2015 and quickly established himself as a prominent attorney in his field, securing multi-million dollar settlements and verdicts. Khail has been recognized as a “Rising Star” by the Super Lawyers publication since 2020 and he was named Trial Lawyer of the Year by the AV Bar Association in 2018.

In 2017, Khail served as third chair on a trucking collision case where the judgment amounted to $56.5 million for two brothers that sustained life-altering injuries. That same year, Khail served as counsel for a quadriplegic man in which the jury awarded $41.6 million dollars.

In 2021, Khail was co-counsel in a case where a jury awarded $49.6 million to a California Highway Patrol officer who was severely injured in the line of duty. Also that year, Khail helped obtain a $120 million jury verdict in a Lancaster trial involving a distracted driver who caused a “T-bone” style accident.

In 2022, Khail served as lead counsel for a man who was hit by a distracted driver. The at-fault driver’s insurance company offered a $370,000 settlement to his client on the eve of trial, which Khail rejected outright. On the eve of closing, the defense offered a high-low settlement agreement with a max amount of $5 million, which was rejected again. After deliberation, the jury returned with a verdict in the amount of $9.6 million for his client.

To date, Khail has secured more than $200 million in verdicts and settlements for his clients. He specializes in catastrophic injuries, trucking collisions, and injuries to the spine and brain.

Prior to working at PARRIS Law Firm, Khail clerked for the Van Nuys City Attorney’s office in which he tried multiple cases to verdict as a law student. He was the only clerk in his class to be afforded the opportunity to try cases to a jury.

Khail attended Pepperdine in Malibu, CA where he obtained a bachelor’s degree in business management. Khail also obtained his law degree from Pepperdine, where he was recognized for superior academic performance and nominated to the Dean’s Honor List.