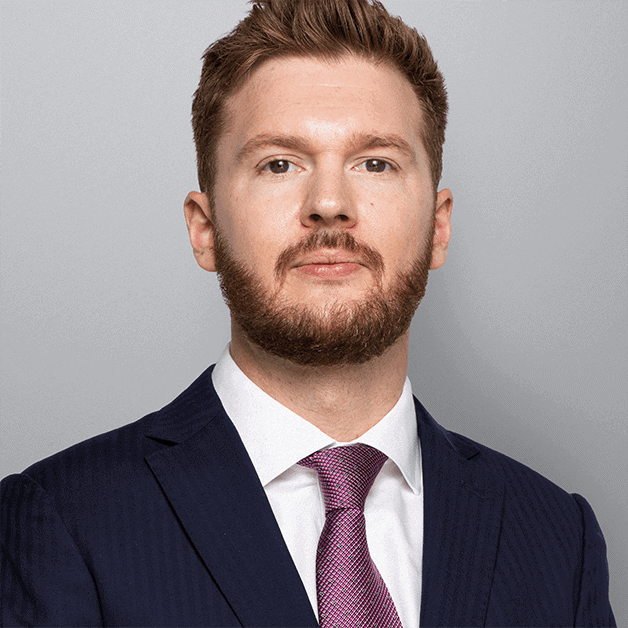 Eric Wilson is a trial lawyer and focuses his practice on catastrophic personal injury and wrongful death cases throughout California.

Since joining PARRIS Law Firm, Eric has assisted in recovering millions of dollars for PARRIS clients.  Some of Eric’s results include a December 2018 judgment, where he was part of a team that obtained a $9,500,000 on behalf of a young woman who was severely injured after allowing a trusted acquaintance to drive her home one evening.  Unbeknownst to her, the acquaintance had drank to the point of intoxication, and subsequently drove off-road, crashing the vehicle with the young woman in the passenger seat.

In March 2018, Eric was a part of the team that obtained $5,500,000 in a confidential settlement on behalf of a woman who was assaulted while attempting to make a withdrawal from a large bank.  The bank regularly provided security for its patrons, but on the day in question the security guard left his post to speak with a parking lot attendant.  While the bank was unprotected, a hostile actor entered the premises and struck the plaintiff in the back of the head with a baseball bat.

In February 2018, Eric was a member of the team that obtained a landmark $53,745,374 verdict for two Southern California brothers who were severely injured following a head-on collision with a CRST big rig. Plaintiffs were traveling northbound on State Route 14 en route to their annual fishing trip at Mammoth Lake, California. As their vehicle approached a construction zone absent of K-rails, a CRST big rig driven by defendant Hector Contreras, crossed over the yellow line in the southbound lanes and into opposing traffic, striking the brothers’ vehicle head-on.

In July 2019, Eric was a member of the team that obtained $13,000,000 on behalf of a janitor who was injured in an electric vehicle manufacturer’s warehouse, when an inexperienced new employee attempted to move on the company’s car, and mistakenly put the car into drive and crashed into our client, crushing her lower extremities.